My name is Liv.  I’m 23 years old and a Returned Peace Corps Volunteer (RPCV).  At the beginning of 2017, I gave up everything I had ever known to move to Thailand with 67 strangers, all with a common goal to do some good and see the world.  Unfortunately, my journey ended abruptly and I was evacuated after 10 months due to an unforgiving monsoon season and severe flooding.  Therefore, I have unexpectedly found myself stateside again, but more about that later…

Before leaving for Thailand, I was faced with what has been the biggest challenge I’ve ever had to confront as well as life’s greatest lesson.  I am a relationship abuse survivor.  In late 2015, months of abuse culminated in a night where I was sure I was going to die at the hands of an ex-boyfriend.  Fortunately, I am still here over two years later and, while it hasn’t always been this way, have found the courage to share my story.  While sharing what happened to me is difficult, it has become my passion to advocate for women who have found themselves in similar situations and without a voice.

Through travel and survival, the past three years have been the most transformative of my life.  There have been many bumps along the way, but I have gained invaluable wisdom and come to know myself better than ever before – most notably, I have discovered my strength and resilience.  As I continue my journey, I hope to honestly share past experiences, moments to come and the insight I’ve gained as a result. 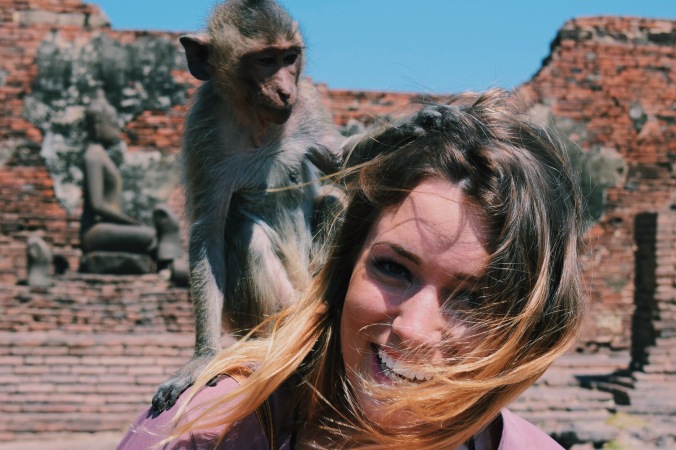